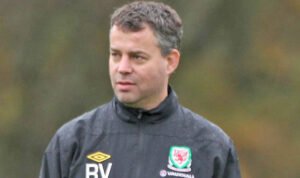 The Premier League and EFL are currently suspended indefinitely but discussions regarding completing the season are ongoing, with a number of plans being mooted that would see the campaign resume in the summer months.

Verheijen fears that the Premier League could take a chance on the health and fitness of the players in a bid to save billions in lost TV revenue – and he urged the game’s biggest names to save football from its own greed.

“The season must be cancelled to protect the players. I have spoken to players about the situation and they are ­worried about being told to play ­before the crisis is over,” he told the Mirror.

“They are scared about ­becoming infected by a ­team-mate or an opponent.

“So that’s the first thing the football authorities need to address. And the second issue that needs to be raised is the ­possibility of ­players suffering career-threatening injuries.

“Everyone understands that there is huge financial pressure on the game and we all want to see football resumed as quickly as possible – but only when the crisis is over and the reality is that it won’t be ­possible to finish the current season by the end of the summer.

“Most players don’t have the ­influence to say, ‘I am not playing until I know it’s safe’. Only the players’ unions and the best footballers in the world have that kind of power.

“It would be a powerful message if the stars of the Premier League joined big names like Messi and ­Ronaldo to say, ‘None of us will play until the game is safe’.”