Five thousand turn out for Hammers at London Stadium 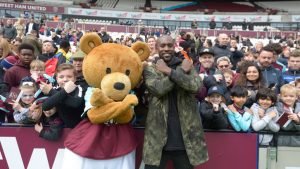 The event started on the London Marathon Community Track, where West Ham United Ladies challenged youngsters to a game of football darts, while others enjoyed inflatable slides, obstacle courses, bungee runs and a penalty shoot-out.

Attention then turned to inside the Stadium, where mascots Hammerhead 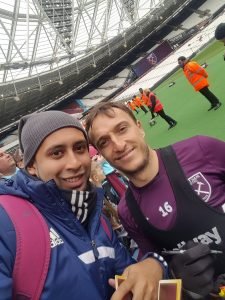 and Bubbles as well as football freestylers entertained fans before David Moyes and his players were introduced to the crowd.

The squad were put through their paces in an open training session before each player invited lucky young Hammers to join them on the pitch for a once-in-a-lifetime kickabout.

All the while, West Ham favourite Carlton Cole kept supporters unable to be at the Family Fun Day in the loop via his own Snapchat and Instagram takeovers of the Club’s official channels.

“It’s great that West Ham put on days like this to connect with the fans and make sure they feel a part of what West Ham is all about,” said Cole, who retired last month, having played 293 times and scored 68 goals in Claret and Blue. 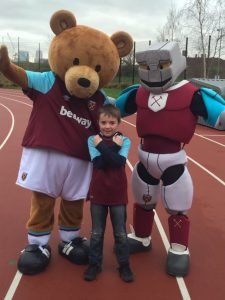 “West Ham has always been a family club and, especially over the Easter holidays when the kids are off school, it’s important to get the parents and kids together and coming out to spend time with the team they support.

“This is what West Ham is about. I’ve always said the fans are the 12th man and they’ll be there for us through thick and thin. As long as you’ve got the fans’ support, you’ve got a chance of getting back on form and churning out a good result.

After freshening up, the players joined hundreds of fans at a rescheduled Junior Hammers Christmas Party, where the children took on their heroes at FIFA 18 and table tennis, while others took the opportunity to fill their shirts with signatures and smartphones with selfies from their favourite players.

The West Ham stars themselves got into the spirit of things, too, with Marko Arnautovic and Cheikhou Kouyate each filming their own hilarious Instagram Stories. A magician played tricks on the West Ham stars, while Andy Carroll and Patrice Evra teamed up with two fortunate youngsters for a special Trivia Quiz.