Posted by Sean Whetstone on February 26, 2016 in News, Whispers 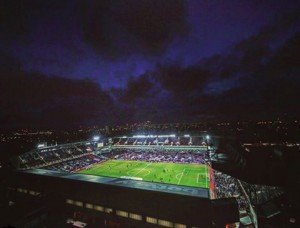 April’s fixture changes in the Barclays Premier League have been confirmed today.

West Ham United’s home meeting with Arsenal on Saturday 9th April will now kick-off earlier at 12.45pm, instead of the original 3pm start. The fixture will be shown live on BT Sports 1.

Meanwhile, the Hammers’ away fixture at Leicester City has been moved to Sunday 17 April, with a 1.30pm kick-off. That match will be broadcast live on Sky Sports.

There have been no announcements for the rescheduled matches of Watford and Manchester United league matches due our FA Cup progress but the likelihood is the Watford game will be played on mid-week on Tuesday 19th or Wednesday 20th March and the Manchester United  re-scheduled game on Tuesday 10th May or Wednesday 11th May which would make it the last competitive game at the Boleyn Ground.