Fixture chaos looms as next weekend in danger too

Posted by Dave Langton on September 9, 2022 in News, Whispers

Chaos could soon reign when it comes to Premier League fixtures as next weekend’s games could be called off after the death of Queen Elizabeth II.

The Premier League confirmed on Friday morning that this weekend’s games have been postponed, meaning West Ham’s clash with Newcastle will have to find a new date. 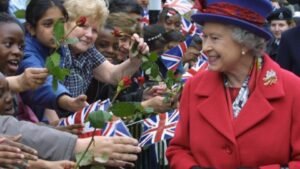 Richard Buxton, a journalist who covers the Premier League, reports that the games next weekend are also likely to be cancelled as they will clash with the state funeral for the late monarch.

West Ham are due to play Everton next Sunday.

Buxton also reports that the nearest possible date for rearrangements is January 17th/18th, which is a midweek slot. It would come after the Hammers play Wolves away from home on the 14th.

However, it remains to be seen when next weekend’s games would be rearranged for, and could potentially lead to the league being extended by a further week.