The kick-off times for two of West Ham’s upcoming fixtures have been confirmed.

The Hammers are set to take Wolves in the final game of the month, on Sunday September 27th. That game will kick off at 7pm and will be aired live by BT Sport. 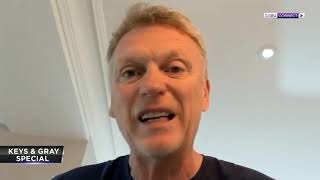 That game will come after the third round of the EFL Cup, with the Irons beating Charlton Athletic 3-0 on Tuesday evening.

They will take on Hull City, who beat Leeds United on penalties 9-8 on penalties at the end of a 1-1 draw on Wednesday night.

That game will kick off at 7:30 and will come just three days after this weekend’s clash with Arsenal.

It is a packed schedule for the Irons, who will play three games in a week prior to games against Leicester City, Spurs, Manchester City, and Liverpool.

David Moyes will surely be hoping to build some momentum as he looks to keep spirits high, and the all-Premier League clash could be a key part of that.