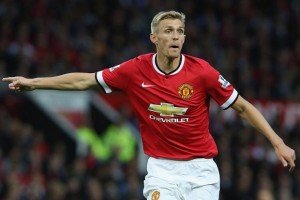 West Ham have denied they attempted to change the failed deal which would have seen the Manchester United midfielder arrive at Upton Park.

Old Trafford boss Louis van Gaal had claimed that was the case but insiders at the irons have claimned it was the other way around.

It has emerged that there were no medical problems with the player but that the more the two sides talked the less likely a deal became.

ClaretandHugh was told: “Suddenly various add ons started to appear in agent’s fees and such like and personal terms never really got settled.

“In the end it became clear the sums weren’t adding up and it became obvious it was best to call time on the deal.”

However, there’s an air of relief around the club as the negotiations were being conducted against a backdrop if the player’s health problems.

Another source explained: “That was in the minds of a lot of people particularly as Fletcher’s side wanted a straight three and half years – it was always a worry.”

9 comments on “Fletcher deal “The sums didn’t add up””