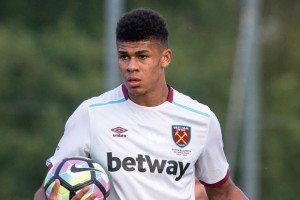 The possible imminent departure of Ashley Fletcher to Middlesborough for around £7m could pave the way for another striker in the Hammers ‘One out, One in’ transfer policy.

Slaven Bilic has remained an admirer of  Burnley’s Andre Gray and it could be available for a transfer fee between £10 to £15m.  The twenty-six-year-old has a year left on his contract and has turned down the offer of a new deal.

The Clarets are reportedly unwilling to meet Gray’s wage demands and will risk losing him on a free transfer next summer if his future is not sorted during the current window. The striker scored nine in 26 Premier League starts last season. 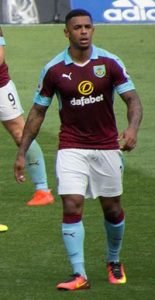 Gray fired in a hat-trick at Alfreton Town last Saturday in a friendly and said he was ignoring the speculation over his future to focus on his football at Turf Moor. “It’s part and parcel (of the game), you concentrate on where you are,” he said. “Nothing has happened, there’s nothing to think about, I’m concentrating on Burnley and that’s what I’ll always do.”

Gray rose from the non-league ranks to the Conference with Luton Town before he moved to Brentford before joining Burnley ahead of the 2015/16 season.

“The last five years, every window there’s something new coming out, it’s nothing new to deal with,” the striker told the Lancashire Telegraph.

“I want to become a better player and concentrate on my football here.”

13 comments on “Fletcher exit could pave way for Gray”