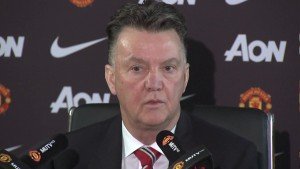 Asked the question  in his press conference, the Dutchman merely said: “He is at West Ham now I believe, so we will have to wait and see.”

Fletcher is also believed to have been talking to West Bromwich Albion and has been pointed out by Irons insiders will face a stringent medical before any deal is done. should that turn out to be the case.