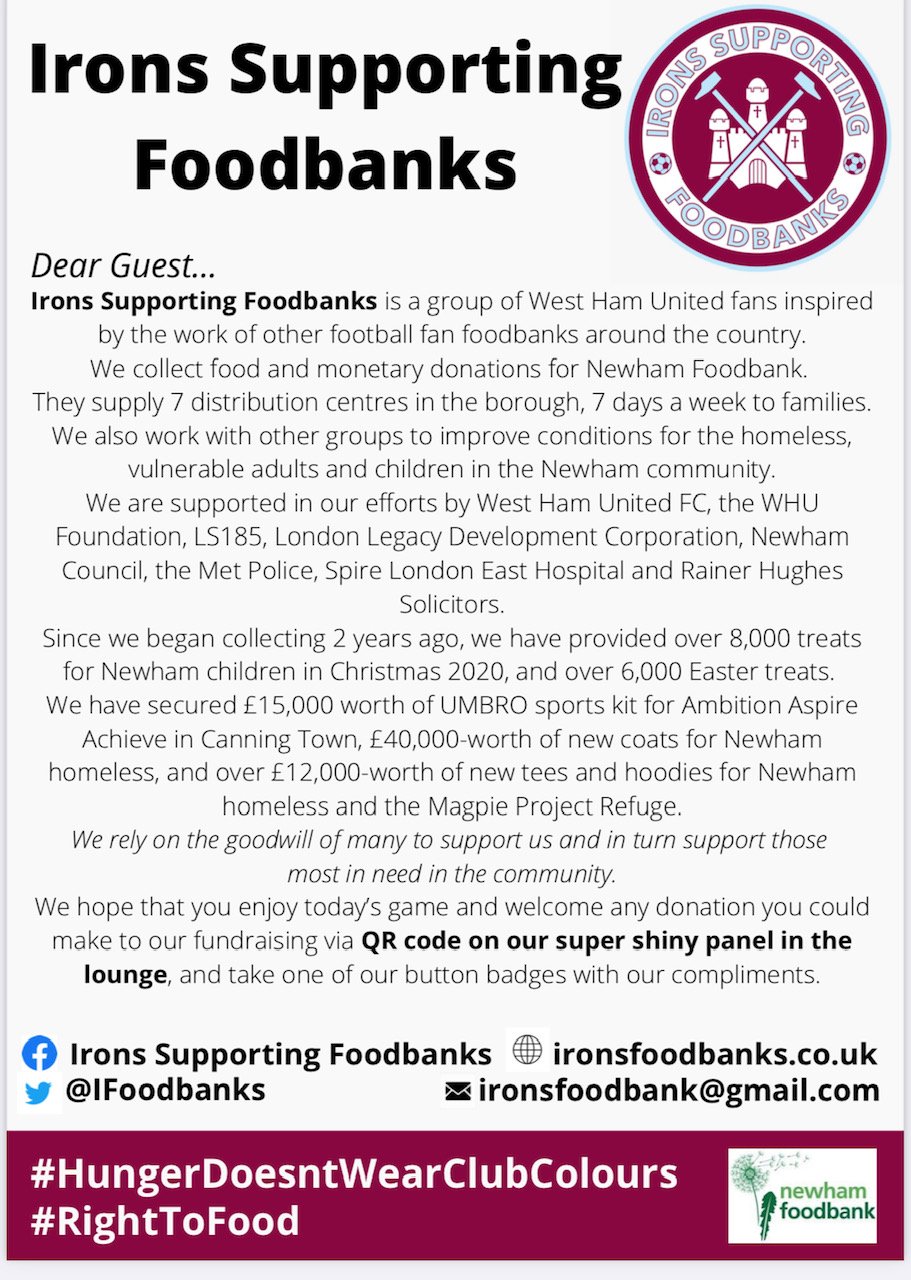 Irons supporting foodbanks have reached agreement with the club to place information within Club London to advertise the plight of many less fortunate.

Back in December 2019, following consultation with Newham Council, LS185 and the LLDC, they were given permission to collect donations for the Newham Foodbank based in Beckton.

They supply food parcels through 7 centres throughout Newham. The demand on foodbanks had grown progressively and we were hopeful that with over 1 million visitors attending games at the London Stadium over a season, that we could make a difference to our local community.

Following the successful trial at the Leicester City game, they were given permission to continue collecting at every home game, subject to any ‘high risk’ games. By the end of February they were collecting approx. £700 per game in food value and cash.

The leaflets will accompanied by Shiny’s designed by Canning Town Len with a QR which takes supporters to a Just Giving page to enable donations via smart phones. 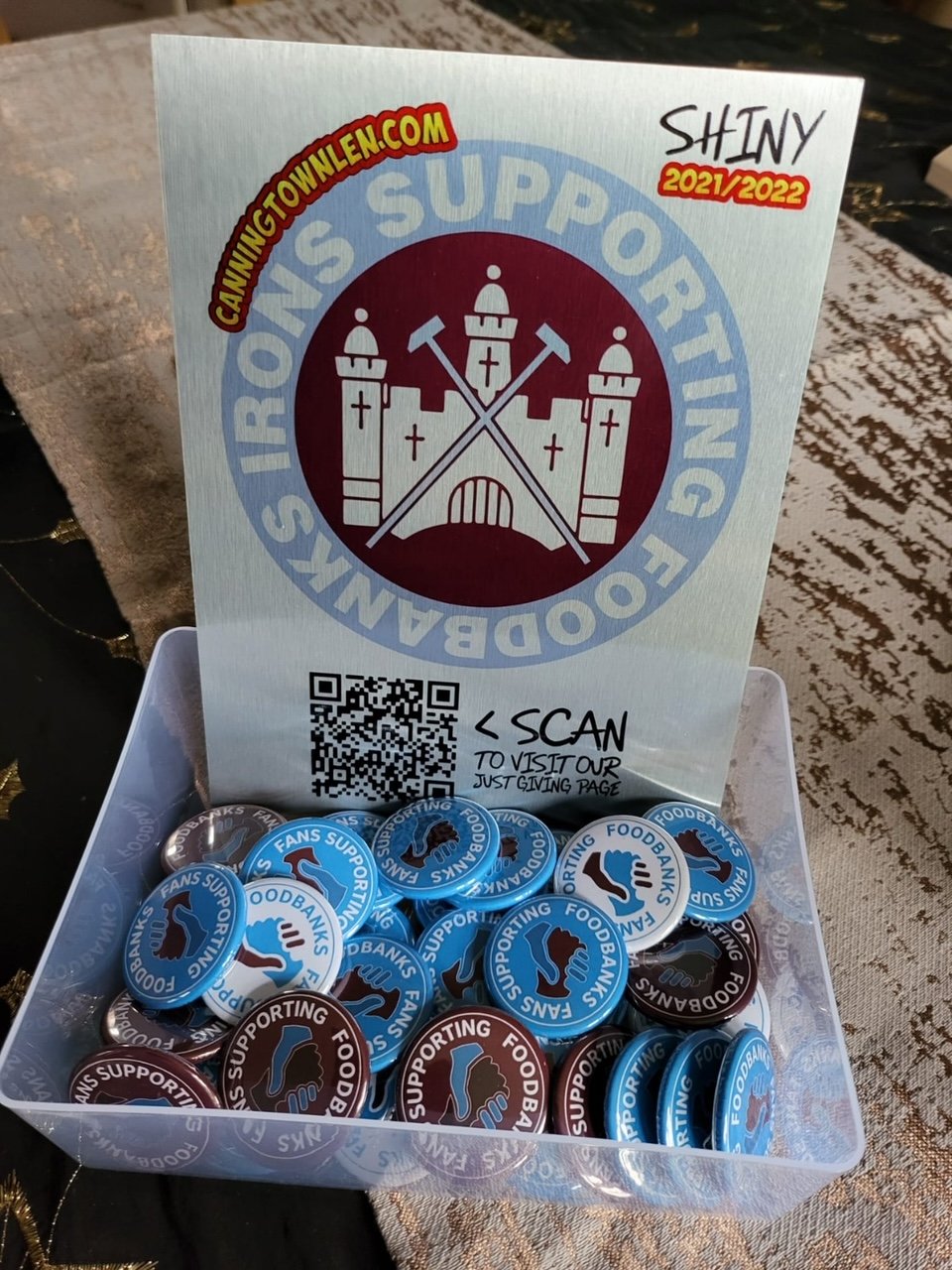