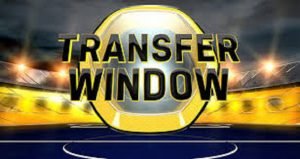 The Championship manager has backed the calls for clubs who furlough staff and defer wages to be prevented from signing new players in the next transfer window.

A number of Championship clubs, including Leeds United and Brentford, have introduced cost-saving methods amid the coronavirus crisis that has led to an indefinite suspension of the EFL. Concerns have been raised about clubs taking such action and then splashing the cash in the transfer window, which has led to some belief that clubs utilising that approach should not be allowed to be active in the market – which has been backed by Neil.

“If people are taking wage cuts or deferrals then people are putting cases forward that they shouldn’t be allowed to sign any other players,” he told Lancs Live.

Others are saying the same should be true of other leagues including the Premier League.

Burnley and Newcastle have used the furlough scheme while Liverpool and Spurs carried out spectacular U-turns after supporter backlash.