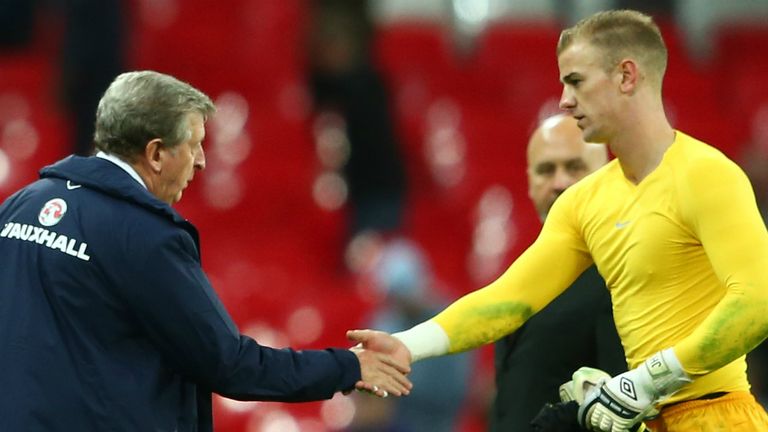 And he has given him the highest recommendation after the keeper’s brilliant performance on at Selhurst Park.

Hodgson quit the England job after England had been beaten by Iceland in the last 16 of the 2016 Euros with Hart at fault for the goal.

But he has forgiven and forgotten and after the Hammers keeper pulled off a string of brilliant saves against palace he said: “Joe played in almost every one of the 57 games I had with England.

When he didn’t play, it was because we wanted to give someone else the chance to show what they could do.

So it’s no surprise to me West Ham have a top-class keeper who, when needed — and they needed him against us — can respond.

I’ve never written him off and people who watched this performance and see the number of saves he made, will see his presence.

They’ll see how much work he had to do as well and he did it with great aplomb. He was excellent.

So well done, Joe, although pity you didn’t have a bad game, that would have made me happier!

It must be nice for Gareth and England to know  they’ve still got a goalkeeper of his class.”