Forgotten man may be a Hammers answer

When football starts again  it’s generally accepted it will be a whole new ball game is at hand.

Purse strings will have to be tightened and transfers may be few and far between but squad building will need to continue, which could bring opportunity to certain players who otherwise might have been overlooked.

One such player who could benefit from the rebuilding expected by David Moyes is Jordan Hugill, West Ham’s fotgotten mn. 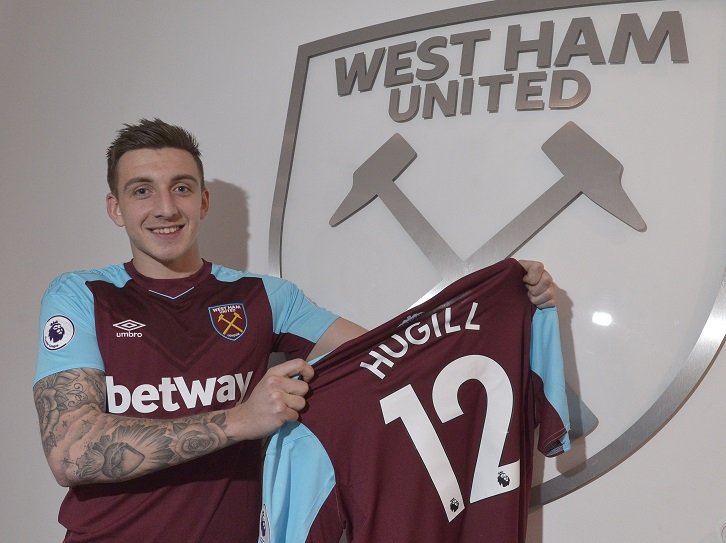 David Moyes paid a reputed £10m fee to Preston North End for Hugill in 2018, during his previous reign at the club. But first team chances were limited as we battled for Premier League survival – Jordan playing just three times, and enjoying just 22 minutes of action, that season.

When Moyes was replaced by Manuel Pellegrini, Hugill found himself loaned out to home town club Middlesbrough, where he spent the 2019-20 season, before being loaned to Queens Park Rangers at the start of the current 2019-2020 season.

It’s with Rangers that Hugill has recaptured the appetite for goals that moved Moyes to take him to the London Stadium in the first place. He has scored 13 times for the west London outfit this season, no mean feat, putting him second in the club’s goalscoring charts, leaving him needing just a single goal to equal his best ever season’s tally in league football.

Obviously scoring in the Championship is different to doing it in the Premiership, but to put Jordan’s tally into perspective, it is just three short of the 16 Jarrod Bowen had scored for Hull City this season, before joining us.

No-one is suggesting Hugill’s possible return would be as eagerly anticipated as that of Grady Diangana or maybe maybe us getting to see more of the emerging Nathan Holland. But as a squad player, Jordan could be an invaluable asset in the new landscape.

Could he be any less impressive for us than Lucas Perez was, or have any less of an impact that Albian Ajeti ? Both expensive disappointments. Rangers’ fans have taken to Hugill not just because his goals have put the club on the fringe of a play-off place, but because of his attitude and 100 per cent commitment in games. Both are qualities Moyes demands of his players.

Speaking to talkSPORT earlier in the season, following David Moyes’ re-appointment as manager, Hugill said: “I think he (Moyes) is brilliant. He brought me to West Ham and I owe him a lot for giving me that break.

Hopefully I can do well here (at Rangers) and maybe at the end of the season go back to prove him right for bringing me in.” It could just be Jordan Hugill might eventually get his opportunity to shine as a Hammer.”

2 comments on “Forgotten man may be a Hammers answer”