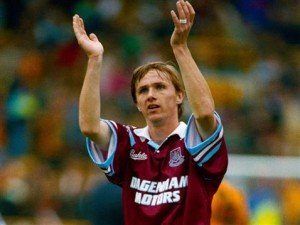 West Ham has announced that former Hammer Kevin Keen has returned to the Club to take up the position of Academy Under-18s Lead Coach.

The 52-year-old, who made 278 appearances for the Hammers as a player between 1986 and 1993 and then spent nine years at the club as a youth, reserve and first team coach from 2002 to 2011, replaces fellow former Hammers midfielder Jack Collison, who is departing to take up a coaching opportunity overseas.

Keen joined West Ham as an apprentice in 1983 and signed professional forms a year later in March 1984. He helped the reserve side to win the Combination League and won 15 England Youth caps. He made his debut as a substitute for Geoff Pike in a 5–2 home 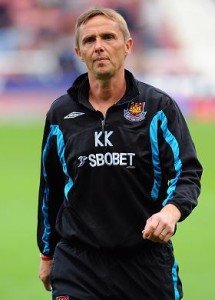 defeat against Liverpool in September 1986. He was runner-up in the Hammer of the Year award for 1993.

Keen rejoined West Ham in July 2002 as under-17 academy coach.He was later appointed reserve team coach and became first-team coach in October 2006. Following the sacking of manager Alan Pardew in December 2006, he was very briefly placed in temporary charge of first-team affairs until Alan Curbishley was appointed two days later. He was again nnounced as caretaker manager on 3 September 2008 after the resignation of manager Alan Curbishley. Keen took charge of West Ham for one game only; a 3–2 away defeat to West Bromwich on 13 September 2008 before handing over the manager’s role to Gianfranco Zola. Keen was appointed again as caretaker-manager of West Ham, for their last game of the 2010–11 season, following the sacking of their previous manager, Avram Grant on 15 May 2011.