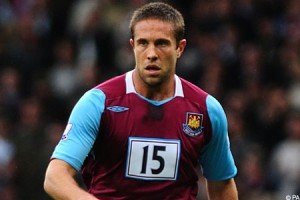 Former Hammer Matty Upson has told viewers on the Sky Debate show that West Ham training facilities are not up to spec compared against other London teams like Spurs.

The former player thought to be still doing his coaching badges at West Ham said “It’s not just what you spend on players’ it’s the infrastructure of the club as well. I think that is another thing the supporters’ go ‘hang on a minute’ our training ground is not up to date, it’s not up to speed to Tottenham”

Geoff Shreeves added: “Let’s be honest, there are Championship clubs with better training facilities than West Ham. It is a million miles off from the likes of Tottenham.”

Upson added: “It has barely changed, it has recently changed for the Academy with a new building in the last 18 months but in terms of where the players are, its just not at that level, it those kind of things supporters’ what to see invested in as well.”