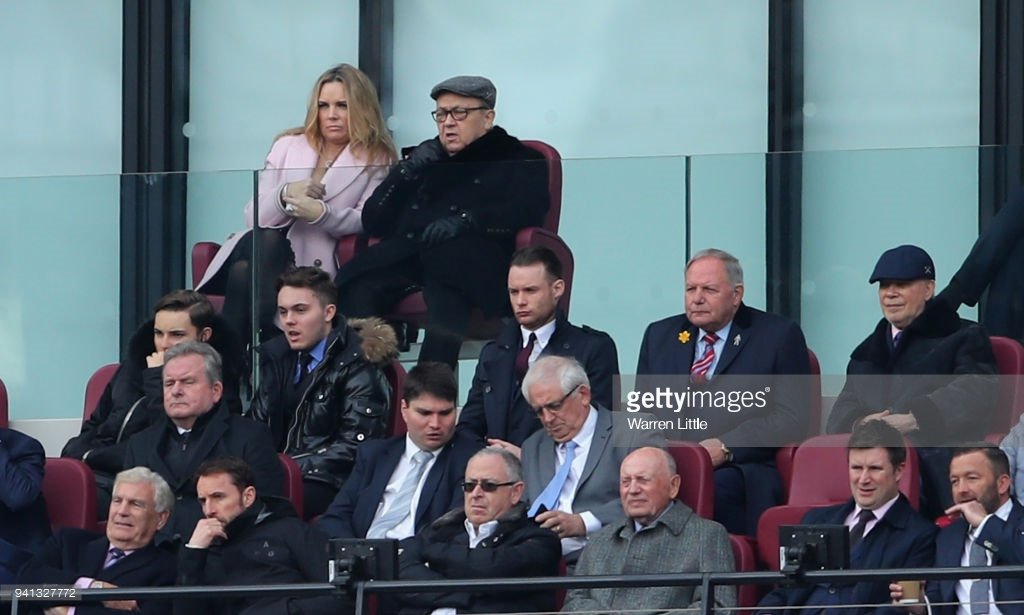 While Owners David Sullivan and David Gold donned flat caps and sat in the back row of the London Stadium directors box on Saturday, all eyes were on other invited guests with the box.

David Gold was joined by his good mate Barry Fry sporting a West Ham tie to lend his support to his pal. Fry is the Peterborough director of football and laughed off previous rumours that he could be the next West Ham director of football saying he is a bit long in the tooth for that role.

Brooking was previously director of football for the FA and one report online has suggested he would an ideal candidate but he is unlikely to be offered a role but insiders suggest he could well be offered a non-executive role on West Ham’s board in a summer shake-up.

However, the real person of interest and the subject of new social media rumours is the man sitting behind Brooking and Southgate, the former Hammer Steve Walford.

Walford moved on to West Ham in 1983 for a fee of £160,000; he played 115 times for the Hammers over the next four years.   Since the nineties, he has been assistant manager for Wycombe Wanderers, Norwich City, Leicester City, Celtic, Aston Villa and Sunderland working mostly with Martin O’Neill who was sat next to him in the box just out of shot. He is still the assistant manager for the Republic of Ireland under O’Neill, a post he has held since 2013.

His presence in the West Ham directors box for the Burnley and Southampton games have led to social media rumours that he could be another candidate for West Ham director of football in the summer however it is much more likely he was there to watch Declan Rice in his international role.