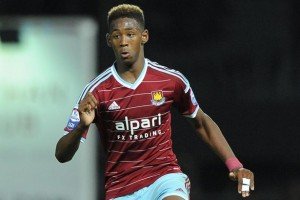 Former Hammers Reece Oxford says he left West Ham to fulfil his dreams as he could see a career path anymore at the club but says he 100% respects West Ham and the chance they gave him.

Speaking to Talksport Radio on video Oxford said: “West Ham was my boyhood club, they bought me through so I respect West Ham 100% because without them I wouldn’t be the player I am today, the person I am today.

They gave me my debut in the Europa League and against Arsenal so they made me who I am today but I thought personally if I wanted to move forward I had to go to another team and try to push where I want to be in my career because I felt there were too many players and I felt there wasn’t a path anymore, I thought if I take another path hopefully I can reach my goals, it’s not me having any issue with them, it’s me trying to fulfil my dreams really.”

Former Hammer Graduate Oxford was missing again from the matchday squad  Augsburg on Saturday as football re-started in German.

The 21-year-old former Academy graduate has started just twice for the German club and made six substitute appearances this season.

His last appearance was November last year against Schalke 04 when he came on as a 68th-minute substitute
The former West Ham youngster is further down the pecking order and will struggle to make the bench this Saturday when Augsburg takes on Wolfsburg.

Oxford left the Hammers last summer for next to nothing. Although the transfer fee remains undisclosed ClaretandHugh understands that it amounted to as little as €2.3 million which, to make the deal happen, was swallowed in fees to the agents and player who was forced to take a wage cut to join his new club.  However, the club saved £20,ooo a week – or nearly £2 million over what would have been the final two years of his deal – off the wage bill over the next two years.

“I respect West Ham because without them, I wouldn’t be the player I am today.”

“I felt there were too many players and there wasn’t a pathway anymore.”

“It’s not me having an issue with them but just me trying to fulfil my dreams.”@Reeceoxford_ explains why he left #WHUFC ⚒️ pic.twitter.com/PEzNnvSx6C