Former Hammer on trial in Scotland 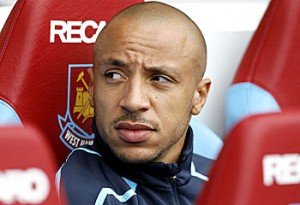 Former Hammer, Julien Faubert  has joined St Johnstone on trial. The 32-year-old has been a free agent since leaving Bordeaux in 2015 and is seeking to win a contract at McDiarmid Park.

He played for the Scottish Premiership club’s Under 20 side on Monday night and was listed as a trialist.

Faubert signed for the Hammers for £6.1m in 2007 on a five year contract amid big expectations, but could score only two league goals during 103 appearances.

He was famously loaned to Real Madrid for a loan fee thought to £1.5m plus wages while a Hammer, where he was snapped sleeping on the subs bench. His loan spell finished with only two appearances.

He is due to return to the Boleyn ground one more time to turn out for Mark Noble for his testimonial on Easter Monday. Earlier this year Faubert told Sky Sports “To be honest West Ham is just an amazing club in England. In France, the people don’t know that club like English people. I think that’s why I had some problems with the national team. But I really love that club.”

“West Ham is a part of my life now, and when I go back to Upton Park it feels like home,” he says. “I spent a really good time there with crazy, special fans. If I could have finished my career at West Ham, I would have done.
Permalink

One comment on “Former Hammer on trial in Scotland”