Posted by Sean Whetstone on February 19, 2022 in News, Whispers 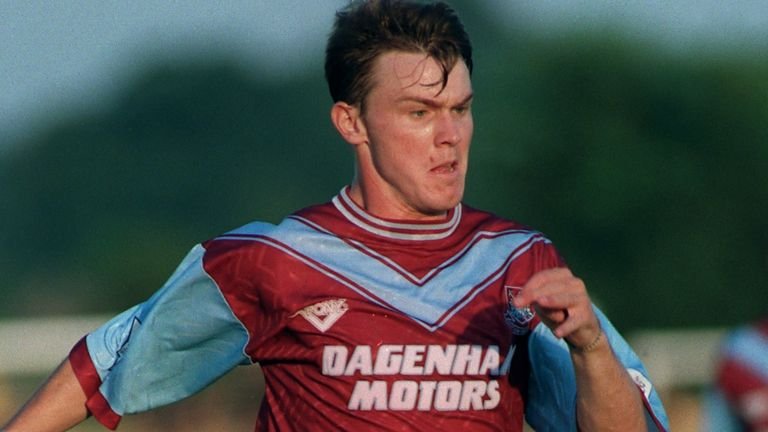 Oxford United have tonight confirmed the sad news that former Hammer Joey Beauchamp has tragically passed away at the young age of fifty.

Beauchamp was a big £1.2m transfer from Oxford United to West Ham in 1994 under then-manager Billy Bonds but it turned into a 58-day nightmare and he never played a competitive game for the Hammers.

He claimed he was told by someone at the club he could stay in Oxford and travel to East London daily so he used his signing on bonus to buy a house there as he tried to commute daily from Oxfordshire pad.

Harry Redknapp would later claim that Joey was homesick but Beauchamp later claimed that he never asked for the move to West Ham and only did so to stop Oxford from going bust after the financial meltdown following the death of fraudster owner Robert Maxwell.

It was not to be at West Ham and just 58 days later he was sold to Oxford rivals Swindon for £800,000  later re-joining Oxford for £75,000 14 months later. The transfer disaster didn’t do Billy Bonds any favours and probably helped to his demise as West Ham manager but that wasn’t Beauchamp’s fault.

After hanging up in boots following a toe injury he made a living as a professional gambler having previously owned greyhounds.

In 2010, Beauchamp said he had fought drink and depression demons from 2008 after his early retirement from football and had contemplated suicide but he beat his mental health issues with the help of his friends and family after a drink driving conviction.

Three years ago in 2019, he told Sky Sports he was working at a bookmakers admitting he went through a bad spell of depression and turned to Sporting Chance for help and he was finally at peace with his life in football and outside it.

No cause of death has been given for Beauchamp’s premature death and the thoughts and condolences go out to his family and friends at this difficult time.