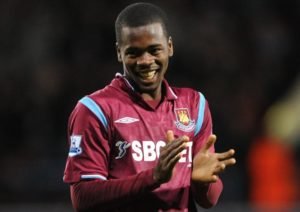 On the news of the appointment, Hines took to social media to say “Thank you all for your welcome and kind words on my new role at West Ham it’s an honour and something I will do with great pride.  I will still be with Bromley FC learning from two of the best coaches in the game. So grateful. So much to learn but so excited. #TheNextPhase”

Born in Jamaica, Hines grew up in the East End of London playing youth and regular reserve team football for West Ham spending a loan spell with Coventry.

In the summer of 2011, Hines turned down the offer of a new contract and left the club. He had made a total of 31 league and cup appearances for West Ham, scoring three goals.

Hines signed a two-year contract with Burnley in August 2011 with a compensation fee, estimated at about £250,000 paid to West Ham.

After being released by Burnley, Hines had a short trial with Swindon Town before signing a one-year contract with Bradford City.

He then had spells at Dagenham & Redbridge, Southend United, Maidstone United and Chesterfield before ending up at Bromley.

Earlier this year he announced his retirement from professional football due to injury.

One comment on “Former Hammer returns to West Ham as coach”