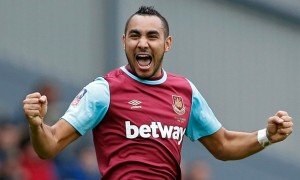 Claudio Ranieri accused former Hammer Dimitri Payet of ungentlemanly conduct after the Marseille midfielder’s refusal to throw the ball back to his side following a stoppage after injury. Payet refused to give the ball back to Nantes after they had purposely kicked it out of play to allow treatment of two injured players.

Nantes stopped play because their goalkeeper Ciprian Tatarusanu and centre-back Diego Carlos were in need of treatment for cramp.

Marseille then won a corner from playing on from which Florian Thauvin fired home after a goalmouth scramble.

And fuming former Leicester City boss Ranieri let rip at Payet, saying: “There was a throw-in, Payet should have given the ball back. That’s football. So, vive le football. Gentlemen give the ball back, the others, no. That’s the ones who are smart.”

Payet said: “I’m quite a fair player, but you shouldn’t push your luck. When I saw the goalkeeper and the defender go down without being touched, there comes a time when you have to stop.”