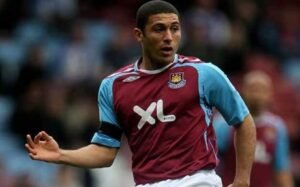 Sanchez Flores returned for a second spell at the club when he replaced Javi Gracia in September but was dismissed after Saturday’s defeat by Southampton. Watford are bottom of the Premier League table, six points from safety.

Watford are expected to announce a permanent replacement in Chris Hughton as a successor “imminently”. Mullins is Watford’s  current under 23’s coach.

Mullins was the first signing for West Ham’s newly appointed manager, Alan Pardew in 2003, and initially joined on a short-term loan to enable him to play against Nottingham Forest on the same day. The deal was made permanent a day later for a fee of £600,000, rising to £800,000 should West Ham be promoted.

On New Years Day in 2009 he joined Portsmouth for a £2m transfer fee.

Mullins made a total of 213 appearances for West Ham, scoring 7 goals.

One comment on “Former Hammer takes charge of Watford”