Posted by Sean Whetstone on September 25, 2014 in News 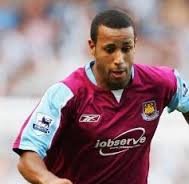 The former West Ham defender is currently a free agent after being released by Bolton at the end of last season.

But Martinez has stressed Mears is only working with the club to improve his fitness rather than being on trial  saying: “Tyrone is working just to try to get his fitness up. He’s someone who will work with the younger group while making sure that he keeps his fitness levels high until he finds an opportunity.”

Mears came through the youth ranks at Manchester City before joining Preston North End in 2002 for £200,000

He signed for West Ham for an initial £1 million in July 2006, rising to £1.9 million depending on appearances and possible future international recognition with England. However, he was only to make six league and cup appearances for West Ham as he struggled to break into the first team.

Mears joined Derby on loan then joined permanently for £1 million in July 2007.  He went on to play for Marseille, Burnley and Bolton Wanderers.