Posted by Sean Whetstone on January 7, 2016 in News 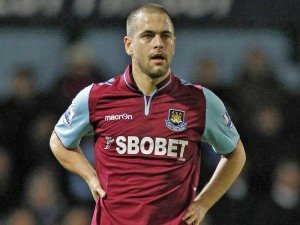 Hammers Hero Joe Cole has penned a permanent deal to stay at Coventry City until the end of the season after being on loan there since October.

34 year old Cole has made seven appearances for the Sky Blues, scoring once, and boss Tony Mowbray has praised his impact for the Sky Bet League One promotion hopefuls.

Mowbray told the club’s official site: “Since he joined the club, I’ve really enjoyed working with Joe and delighted to see him sign on for the rest of the season”.

“Our staff have worked hard with him to build up his fitness and physicality, and we’ve seen Joe really buy into what we’re trying to do here.”

“He’s great to have around the dressing room and the rest of the squad feed off his experience, and I’m sure it’ll have a positive impact on our younger players as well.”

“I only see his performances for the club getting better and he is a fantastic option to have from now until the end of the season.”

Cole only played 16 times for Villa after a switch from West Ham in 2014 following his second spell with the Hammers and had only made once appearance for them this season.

One comment on “Hammer Cole signs for Sky Blues”