Former Liverpool centre back on trial with Hammers 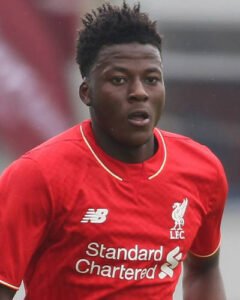 Former Liverpool young defender Mich’el Parker is having trials with the West Ham Academy in the hope he can land a permanent contract.

The 21-year-old started with Arsenal’s youth setup in 2014 for one season before moving the Liverpool Academy for three seasons before his release in July 2018. After his release from Liverpool, he joined Millwall last season before being released again last summer by the Lions.

The centre back is currently without a club and therefore a free agent.

The ongoing trial of the young defender was revealed by ITK EXWHUEmployee on his Phoenix FM radio show on Wednesday night although he said he was doubtful whether he would be offered a contract.

The Hammers Under 23’s are flying high at the top of Premier League 2 Division 2 this season with new 19-year-old centre back Gonçalo Cardoso getting game time in an attempt to push for promotion to the first team by the end of the season.

2 comments on “Former Liverpool centre back on trial with Hammers”