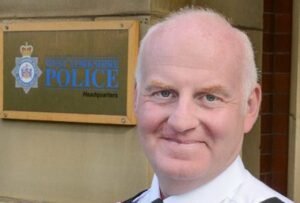 A former West Yorkshire police superintendent has joined the CandH in claiming there is “no rationale” behind the plan to play the remaining Premier League games on neutral grounds.

Owen West, a recently retired West Yorkshire chief superintendent, told the Guardian that football clubs can help give a lead as local community organisations to any gradual easing of Covid-19 lockdown restrictions and do not need to be switched from their home grounds to play games.

He said: “The problem we are all facing is the spread of the coronavirus, yet the potential return of football matches is being discussed as a public order issue, as if supporters are going to gather en masse outside grounds,”

“That tone demonises fans who have been very mature during this crisis, complying with the lockdown and also contributing admirably, to food banks and community aid.”

He added: “I do not see the rationale for regional hubs. I believe football clubs, in their localities, can play a leadership role in the crisis, hosting matches when they are allowed and giving guidance to their supporters about the social distancing and other measures required to keep safe.”

DCC Mark Roberts, head of the UK Football Policing Unit, had said the Premier League and EFL would be putting an impracticable strain on police and other emergency services if they played matches at home.

He had sai;“Football must appreciate that as the country begins what will inevitably be a long route to normality there will be a significant and unpredictable demand on the police, ambulance and local authorities, all of which are currently stretched, in part through the abstraction of our staff,”

“In my own force, our planning team, including football officers, have been redeployed into a logistical team managing elements of our Covid-19 response

But West claims that is that is a punitive attitude and criticised Roberts’s tone , based on supporters being a public order problem.

He said: “The language is of stark warnings being given about fans gathering, which is really disappointing. If the prime minister relaxes freedom to exercise and engage in leisure, it may be that people might attend near their home ground. As long as they do so in a safe way, I don’t see a problem.”