Pablo Fornals was drafted into the side for the injured Manu Lanzini and we had our reporter Danny Leach taking a look at the young Spaniard’s impression on this afternoon’s important victory. 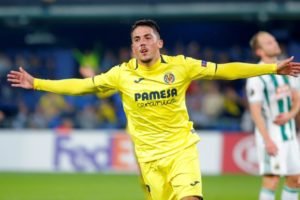 13 – Plays a quick one two with Anderson on the edge of the box but the ball is lost as Anderson returns it
19 – Chases a long ball from Fredericks to start a counter attack. He passes the ball across the box to Anderson who lays it off for Yarmolenko whose shot is saved
22 – Loses possession on the edge of the box after holding onto the ball for too long
25 – He picks the ball up on the edge of the area and plays a weak through ball out wide to Yarmolenko who manages to receive the ball
57 – Receives the ball from Anderson who nutmegs McTominay and then lays the ball to Haller to take a shot
58 – Runs back to tackle McTominay near our box as a United counter attack is scuppered
90+2 – Plays a marvellous long ball to switch the play to Snodgrass on the right wing
90+3 – Completes a 360 spin to get away from his marker on the edge of the area

Verdict – 6 – It was a steady performance by Fornals today as he looked to break into the starting XI on a permanent basis. He was the least influential of our attacking midfielders today but he grew into the game, especially in the second half. Nevertheless, he was still involved in the Hammers offensive play but he needs to build up the confidence and get used to the intensity of the Premier League. He was also not afraid to help the defence as well making some timely challenges.

7 comments on “Fornals close-up and verdict”