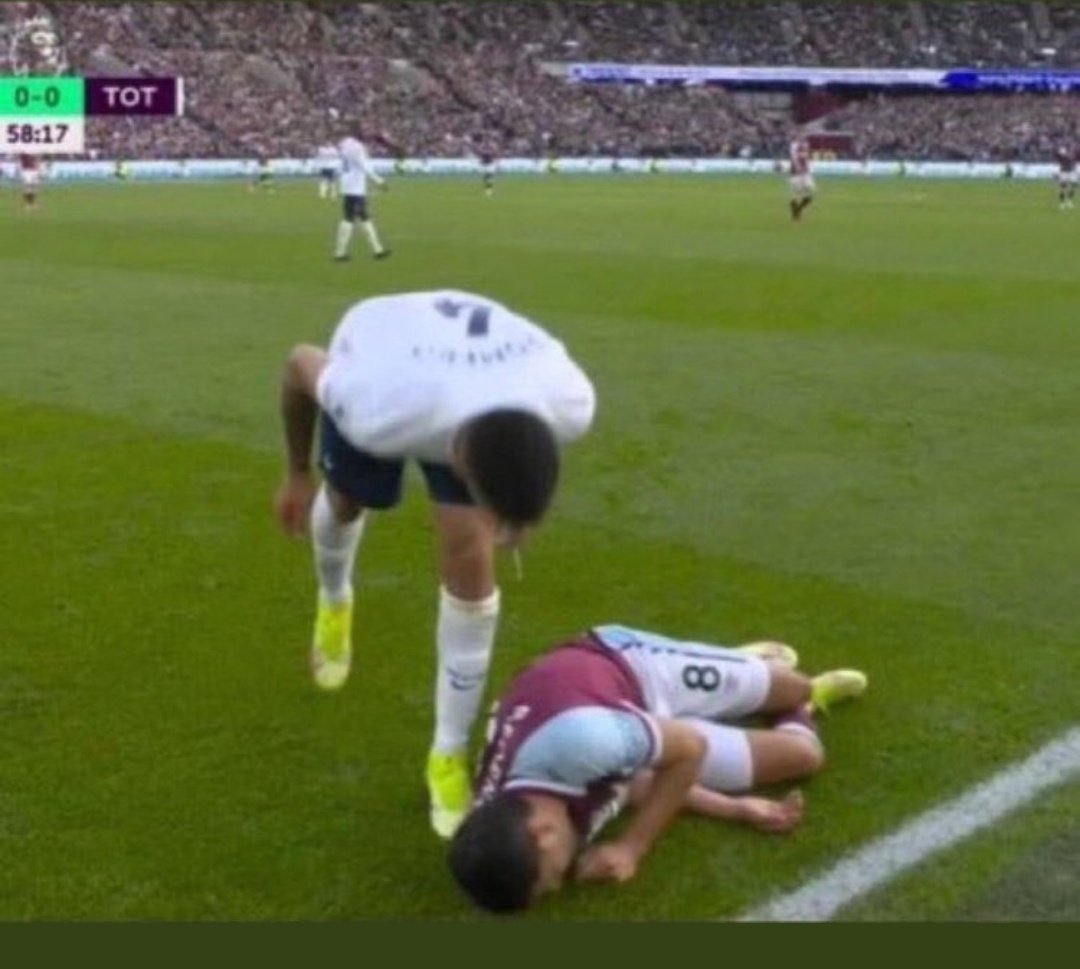 Suggestions that Spurs defender Cristian Romero spat at Pablo Fornals have been denied this morning as an Internet hoax.

A photo emerged on social media yesterday which appeared to be  a screen grab of live TV coverage showing the North London defender spitting at the West Ham midfielder as he lay on the floor but it has been declared as a fake as TV video replays do match the screen grab.

According to Sky Sports  Romero ordered Fornals to get up after he floored him with a tackle. The West Ham player didn’t take to that very well and leaped up before lots of players from both sides piled in to altercation only to be separated.

Romero was shown the yellow card by referee Paul Tierney.

🗣 “No need for that was there”