David Moyes’ decision not to sign a striker in the summer window may be reflected in the number of front men rs who come out of contract next summer.

And unless clubs move to offer a new deal they could all be available at cut prices in the January window with only a few months left on their deals. 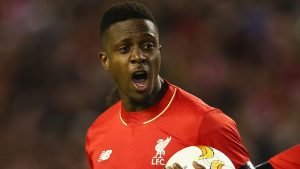 Andrea Belotti  is currently available at around £31 million but that would fall were he to refuse a new Torino deal although any number of clubs could be involved in bidding for him.

Arsenal’s thirty-one year old Alexandre Lacazette has been mentioned at various times over the last few weeks but is the wrong age at £19 million and the Hammers could be more interested in 22 year old Eddie Nketiah.

The younger player is currently valued at around £10 million but that could fall to half should Moyes get on the case – a situation which could also be the same with Divock Origi.

The manager was claimed to be interested in the summer  and may be ready to move if Liverpool cut the asking price of £10 million.