Foxes hero points out how Irons can beat United 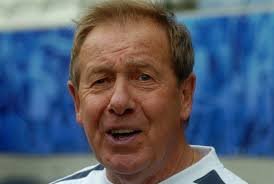 Leicester City ambassador Alan Birchenall has indicated how the Irons can beat Manchester United at Old Trafford at the weekend.

And for all the attacking flair and money spent on front runners ‘The Birch’ pointed towards the back four as the point of weakness.

Birchenall – a City stalwart for 40 years –  is still getting his wise old head around the victory and claimed it had to rank among the top five in the club’s history.

And he pointed out the way the Irons can beat them explaining that City had been aware of the dodgy United defence.

He said: “We knew they were vulnerable and if you can get wide you can take advantage of that.”

← Sam: Liverpool win was better than Spurs
Sakho dreamed of scoring goal like that at Boleyn →
Click Here for Comments >