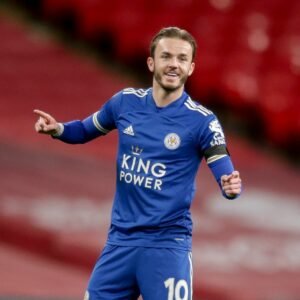 Let’s make no mistake about it, Leicester City represents as tough a game as we will have faced this season when the east midlands outfit come visiting tomorrow afternoon.

The final game of the PL season so far ahead of Qatastrophe is also as important as any we will have faced after the huge upsurge in the Foxes form.

Manager Brendan Rodgers has seen his squad won their last six games over all competitions after a woeful start to the season and they represent a real threat to hopes of a Hammers revival after Palace and Blackburn.

On top of that we face the midfield threat of James Maddison who has been called up for the Qata thing and his confrontation with Declan will be a big feature.

The Foxes also look certain to include the superb Youri Tielemans who has been a real threat along with the exciting Harvey Barnes down the left who will be a problem for whoever goes in at right back – hopefully Vladi Coufal.

We look to be in a position where we will need to be at our best – or even better – and the team selection will again be key although I fear it will be defensive.