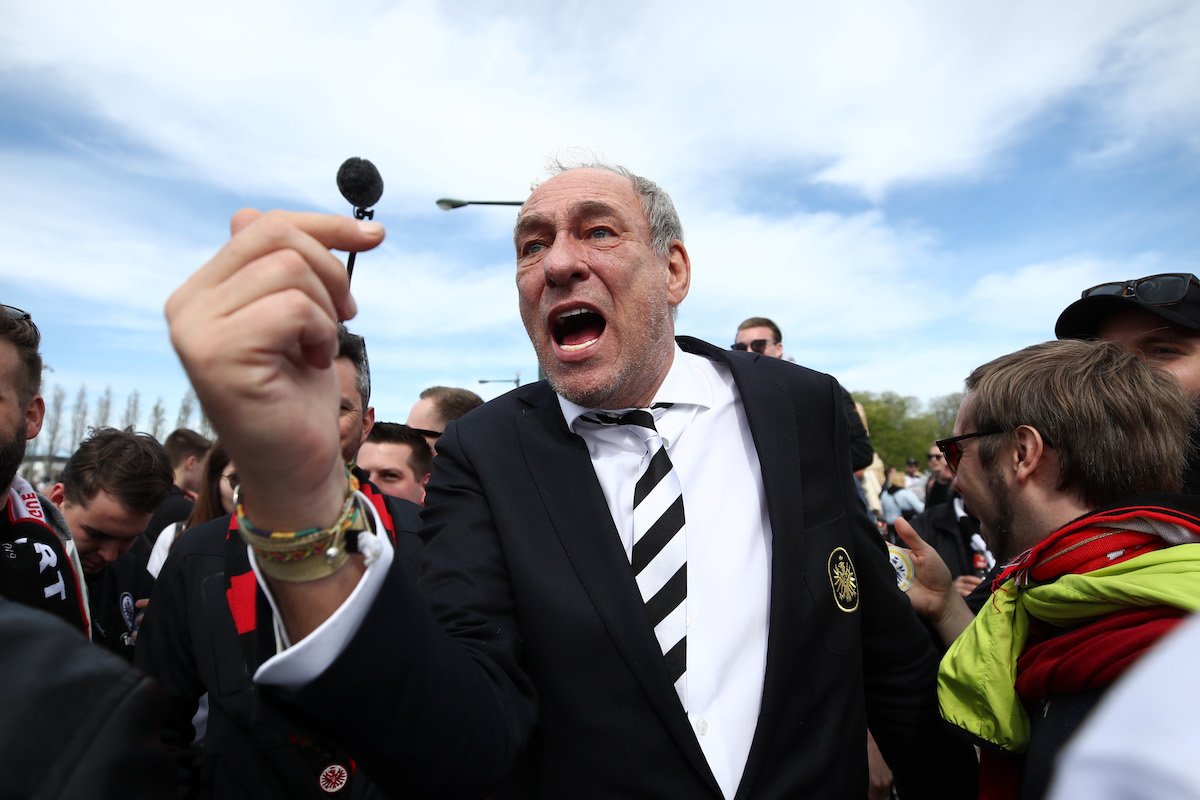 These have clearly come about as a result of the Hammers ensuring that no visiting fans to Thursday night’s game will get into our home end,

He spoke in a German TV interview which was translated to English by a German West Ham fan and  were then read by Moore Than Just A Podcast presenter Nigel Kahn from a transcript sent to him.

The podcast can be heard in full below but Kahn said  Fisher claimed in a TV interview that his club  had some very bad experiences with English football which had involved Chelsea.

Many, he said, had been kicked  out of Stamford Bridge. They had included  VIP’s and some in corporate hospitality who were not in the official away end of the ground.

This  – he whined on –  is an example of English football which claims to invented fair play and we should be ashamed of it.

He said that throwing Frankfurt fans from grounds will only motivate them further adding ridiculously that English football fans wanted BREXIT in which case they should also get out of the Europa League and play their matches somewhere near Alaska.

When questioned about potential fan clashes in Seville’ Fischer added  “We know how hard English fans and hooligans are but our boys stand firm and don’t run away.