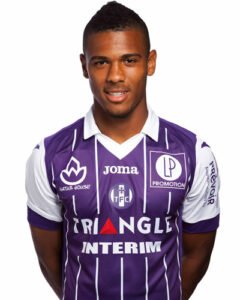 Toulouse’s 21-year-old defender Kelvin Amian Adou has been added to a list of right backs that West Ham have shown an interest in.

Adou is a graduate from the Toulouse FC academy. He made his Ligue 1 debut on 14 August 2016 against Marseille and since made over 100 senior appearances since 2016. He has also been capped by France at U17, U18, U19 and Under-21 levels.

The French youngster has been named by Footballer Insider and ExWHUemployee as being a player of interest to David Moyes.

Moyes is hoping to add a right back signing to the squad before the transfer window closes tomorrow with Ryan Fredericks recovering from injury, an ageing Pablo Zabaleta struggling with the amount of games and Ben Johnson still injured.

2 comments on “French right back is added to list”