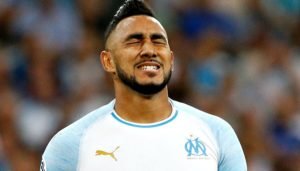 Paris St-Germain have been awarded the Ligue 1 title after it was announced the season would not resume because of the current football hiatus. PSG were 12 points clear at the top of the table, with a game in hand, when French football was suspended indefinitely on 13 March. Earlier this week the French government cancelled the 2019-20 sporting season.

PSG have been awarded the title on a points-per-game basis (PPG), while Lorient have been crowned Ligue 2 champions on the same principle. They were just one point above Lens when the season was suspended and both teams will be promoted. Amiens and Toulouse from which Issa Diop was signed  will be relegated from Ligue 1.

Lyon – who were fifth a week before the last match day, but finished seventh – said they might appeal against the verdict.

Now set to miss out on a place in Europe next season, Lyon say they also “reserve the right to claim damages”, which the club say amount to “several tens of millions of euros”. “There might be appeals but our decisions are solid,” said Didier Quillot, the chief executive of the French League (LFP).

Quillot added the LFP had until 25 May to tell Uefa which clubs will be qualified for European competitions. That is the same day by which European leagues have to tell European football’s governing body whether they want to complete or cancel their seasons.

The Dutch top flight was abandoned on Friday with no promotion or relegation and no champions, while on Monday Belgian clubs postponed a vote on confirming the cancellation of their top flight until next week.

The French football authorities should be congratulated for taking a quick and sensible decision following the French’s government decision to continue a ban on sporting activity . They have opted for the Points Per Game (PPG) option which if applied to the Premier League and West Ham would make the Hammer safe on goal difference in 16th place.

The clock is now counting down for the Premier League to make a definitive decision, they have twenty four days to decide their plan known and communicate this to UEFA.  The Premier League members and stakeholders are virtually meeting today but are expected to kick the can down the road once more with no vote today to make a meaningful decision.

One comment on “French show Premier League the way”