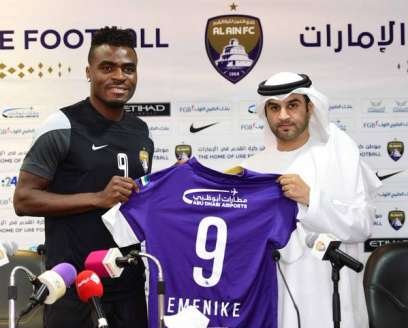 West Ham have still had no answers from Fenerbache on their ambitions to bring Emmanuel Emenike  to the club on loan.

And the club’s negotiators are continuing use Galatasaray’s Burak Yilmaz as ther ‘back stop ‘ position should the they get no change on the Emenike situation.

However, Burak Yilmaz was described as nd more than “a consideration” when we spoke to our sources inside the club late this afternoon (Mon).

Interestingly – as this is not usually the case – the Hammers are quite strong on waning to sign Emenike to a permanent deal at the end of the three month loan period if they get the chance.

But as ClaretandHugh explained a few days ago, the signing is complicated by neither his parent club, Fenerbahce, or the UAE club  Al Ain, where he is on loan, seemingly want to talk.

Slaven Bilic likes the player a lot and intends to pursue the deal for as long as possible before possibly turning to Yilmaz although we were told this evening that the club have a third “scenario we are following.”

However, our source refused to give a name declaring that it really was a top secret operation at this stage.