Frustration boiling over but no return dates 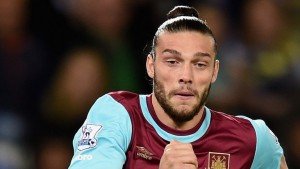 West Ham’s top striking duo Andy Carroll and Diafra Sakho won’t be risked in match action until there is “absolutely no chance” of any breakdown by either.
Hammers fans have become increasingly frustrated at the delay – notably over Carroll – who was expected to be back by the beginning of October.
But the club’s medics still refuse to put a firm date on his return with Slaven Bilic admitting he “hopes” it will be three weeks.
And although Sakho will join the first team this week after missing all of pre-season the latest update is that he won’t be back in action for several weeks.
There is absolutely no chance of anybody taking any chance whatsoever. Both have a long injury history and the medical staff won’t put their positions on the line by pushing them back before they are absolutely certain.
Sakho is facing a critical time in his career after failing a West Brom medical and has to be 100 per cent plus in order to show himself to be right back to his best.
We were told: “It’s a make or break period in his career – a chance to show he is still the quality striker he has always been and earn himself a new contract so there’s no chance of him returning until he is totally right.”
Permalink

8 comments on “Frustration boiling over but no return dates”