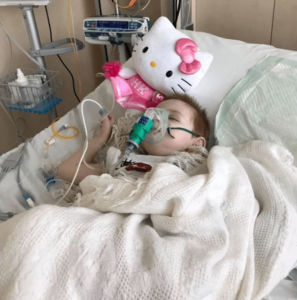 She flew out to Barcelona to finish her private treatment of infusion of antibodies before having the bone marrow operation.

Isla was diagnosed with neuroblastoma in 2017 and had a golf-ball-sized tumour removed at Great Ormond Street hospital.

A year later, scans detected cancer in her arms and legs and the family were told her only hope was private treatment overseas.

Her West Ham family found a legion of support from Hammers fans to reach a £600,000 target.

Their plight also touched the hearts of the Hammers’ fierce rivals Millwall, who joined in the fundraising effort.

Together, the two clubs have helped raise over half a million pounds with the total standing at £513,000.

Danny Dyer backed the campaign by turning out for a celebrity and West Ham footie match last year, which raised £30,000 alone

You can watch and listen to Moyes, Noble and Nolan’s messages below.

Her Just Giving page can be found at https://www.justgiving.com/campaigns/charity/thebradleyloweryfoundation/islacaton

← Video: European Cup Final 1965 West Ham vs TSV Munich
Is a nasty little PL/broadcasters trade off on the horizon? →
Click Here for Comments >