Galatasaray winger to snub any approach from West Ham 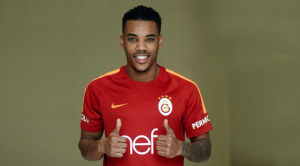 Garry Rodrigues will snub any potential move to West Ham or any other Premier League side in favour of staying at Galatasaray, according to reports in Turkey.

The winger has been in fine form for the Turkish giants this term and he has bagged three goals in his last five games.

West Ham is reported to have declared their interest in the 27-year-old. However, according to Turkish-Football, the winger will snub a possible move to England in the summer in favour of staying at Galatasaray.

Rodrigues joined Galatasaray in January 2017 for a fee of €3.7m from Greek club PAOK. The Dutch-born player is a Cape Verde International bagging 4 goals in 21 appearances since 2013. He has scored 7 goals from 27 appearances for Galatasaray.

The agent of Garry Rodrigues has claimed that his client has received offers from the Premier League, Newcastle United reported bid €7million in the January transfer window but Galatasaray are said to want €30m for him in the summer transfer window, with Everton also reportedly interested.