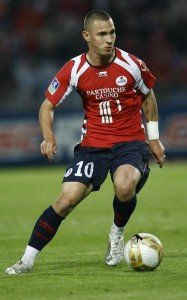 Werder Bremen Attacking midfielder Ludovic Obraniak is attracting interest from the Hammers, according to L’Equipe.

The Poland international, who was born in France, has reportedly been told he is no longer in the plans of Bremen who he joined earlier this year.

Prior to joining Bremen, Ludovic said “To me, it was England or Germany, otherwise I would have stayed at Bordeaux,”