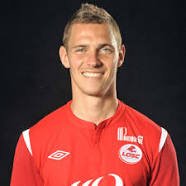 Werder Bremen midfielder Ludovic Obraniak has claimed West Ham were interested in signing him during the summer.

The Pole only joined Werder in January but having struggled to hold down a first team place is keen to move on..

He claimed in BILD “We spoke with both the Irons and Sunderland saying: “Sunderland and West Ham United had been in touch, but we could not find an agreement over a transfer.

“I don’t think that it is a problem to admit I want to move away [from Werder Bremen]. This is not a mistake. It’s just the way I am, it’s my character. I like to point things out.

“My ambition is to play in Euro 2016 for Poland, therefore I need to play regular matches. It’s just reasonable to move clubs because of that.”

One comment on “German midfielder’s hopes faded and died!”