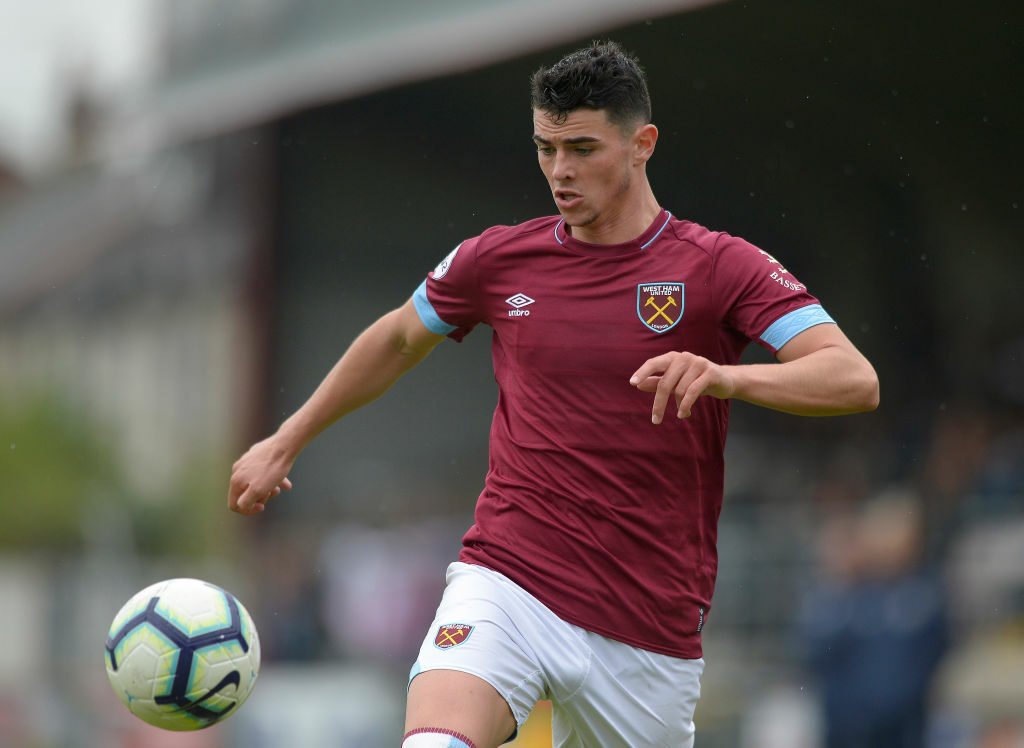 West Ham’s midfield problems might soon be solved by another young Hammers starlet in the shape of Joe Powell.

The left sided midfielder has been quietly impressing all season and last but has not shared the same sort of spotlight as Declan Rice, Grady Diangana and Nathan Holland.

Instead he has quietly got on with his job and last night scored a quite magnificent goal against Stoke City – a timely reminder that there are Development team player just bursting to replace under-performing first teamers if given the chance.

Powell opened the scoring in the 4-0 win over Stoke City U23s at the bet365 Stadium last night. It was an audacious attempt from 35 yards out, lobbing Blondy Nna Noukeu from distance.

The 20-year-old racked up his third league goal of the season as he continues to impress. Halajko believes Powell is technically gifted, allowing him to pull off special moments like this.

Halajko told the club’s official website: “That’s his second time this season where he’s lobbed the keeper from well near the halfway line. He did it in pre-season against Anderlecht, a little bit further out actually.

He’s got that technical ability, so it wasn’t too much of a shock really because we know he can do it.”

His form is such that like several others among the Develpent squad he could soon be knocking on Manuel Pellegrini’s first team door.