Goalkeeper to be loaned to Canvey Island 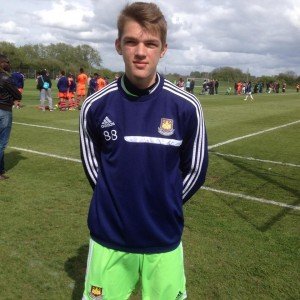 Canvey Island FC  are close to a loan deal with West Ham Academy goalkeeper Danny Boness who is on a two-year scholarship at West Ham having played for the Academy under-16 side last season. Canvey Island manager Danny Heale  told the Echo:

“The deal is about 95 per cent done,We have been in talks with West Ham since the start of pre-season and I got a call on Monday saying Danny was available if we wanted to take a look at him.He played against AFC Wimbledon and he did really well. I see a lot of attributes in him that I saw in Josh last year and that is very encouraging as we know how well he did for us.”

Boness began his football at Ipswich Town aged nine and spent five years with them before moving to Luton Town. After that he went to Cambridge United, where he caught the eye of  Colchester United. He joined them for six weeks before joining West Ham at the end of last season. He played the last four games of West Ham’s under-16 season.