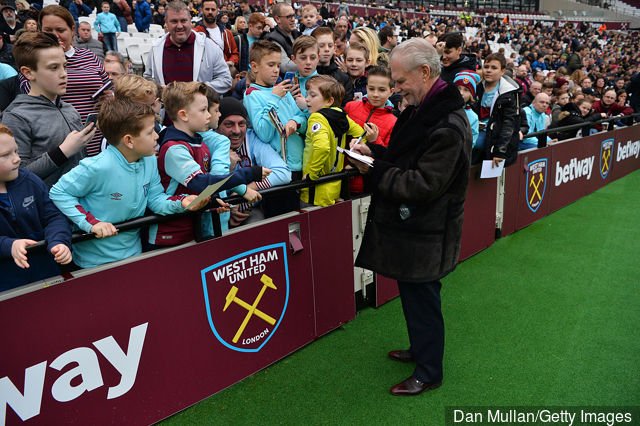 David Gold and David Sullivan could have been sitting in the Directors box as owners of Crystal Palace this weekend had things worked out differently a few years back!

For in 2009 at that time they had stepped down as Birmingham’s owners and were – as the saying goes – between  jobs as owners of a football club.

Gold – whose company Gold International employs numerous Palace fans – was looking at a number of clubs  which included Brighton, Charlton and Palace.

And speaking to ClaretandHugh exclusively Gold declared: “I received a call from the previous owner Simon Jordan who asked us if we would be interested.

“I’m always willing to talk and it might have happened but we then heard this incredible rumour that West Ham was possibly set to enter administration.After that all interest was lost in any other club.

West Ham was my dream club and within about eight weeks the two of us had taken over and the rest – as they say – is history.”

The Palace game is one he always enjoys for the banter across the workplace from Palace and Hammers fans who are split in almost equal numbers.

And he said: ” The match is even more crucial this season maybe given our league position would see us maintain a top five place and push us four points clear of them.

There’s great confidence in the squad and I want to be smiling when I get to work among those Palace fans next Monday morning – bragging rights are important.“