Posted by Sean Whetstone on March 7, 2016 in News, Whispers 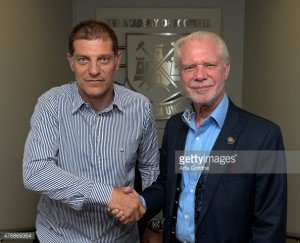 Gold claims Victor Moses, Enner Valencia, Winston Reid and Joey O’Brien should all be fit and available for selection by Slaven Bilic on Sunday.

Gold posted “We hope to have Victor Moses, Enner Valencia, Winston Reid and Joey O’Brien all back fit to face Manchester United next week. dg”

Last Thursday, Slaven Bilic told the press conference that James Collins and James Tomkins should return for the Chelsea game on the 19th March while Victor Moses and Enner Valencia should be fit one week earlier for the FA Cup game at Old Trafford against Manchester United.

The only date that www.physioroom.com disagrees with is the return of James Collins.  They claim he will return on 2nd April after recovering from a hamstring.