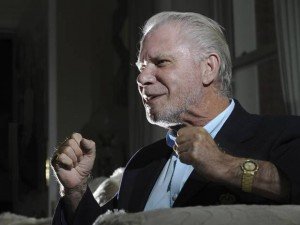 With less then 48 hours to before the West Ham season ticket renewal deadline one season ticket holder called Jamiehas taken to Twitter to speak to joint chairman David Gold. Jamie wrote: “You always said you’d listen to us the fans?? Wont be renewing whilst Sam is in charge!”

Gold replied “We will miss you. Good luck. dg”

” I am not mocking, Managers and owners come and go but the club is there forever, fans are for life, it’s their club”  Gold’s tweet was later deleted

But not everyone feels the same way with another season ticket holder called Ian told Gold  “Renewed my season ticket, let’s hope we have a good run in the cup and we’re not fighting relegation” to which Gold simply replied “That’s the plan. dg” 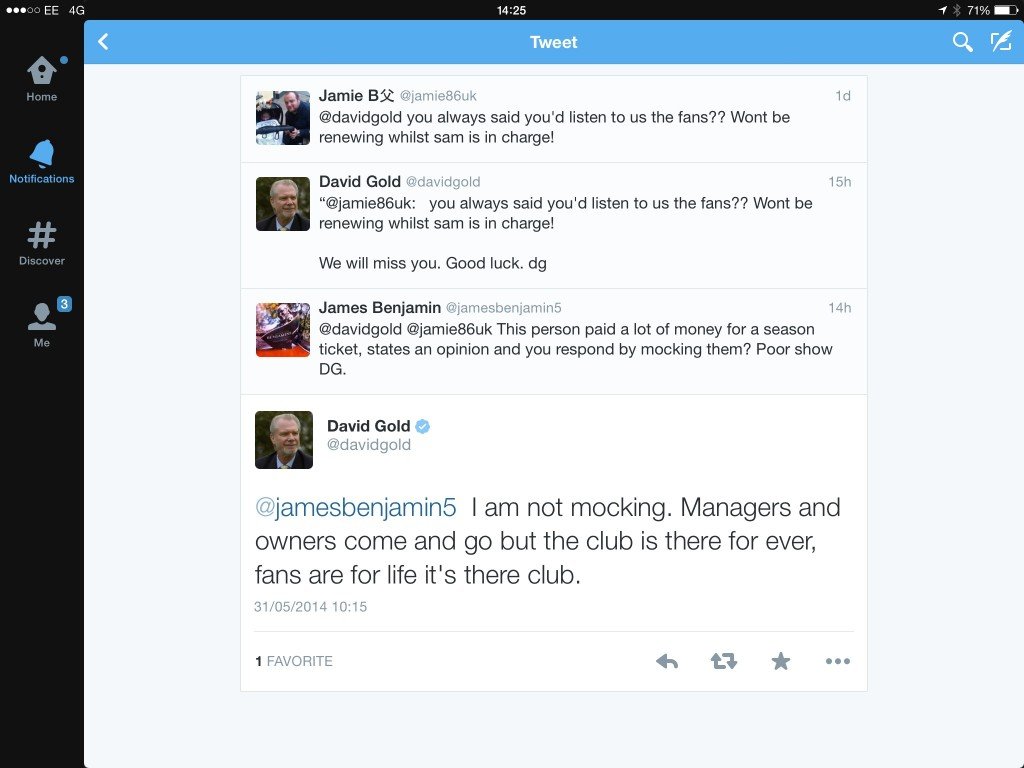