Gold: “This is a squad to climb the league” 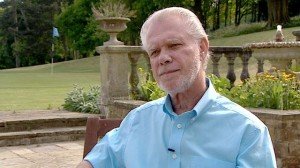 David Gold expects …it’s as simple as that!

After a spend of £34 million in the summer window it can be no other way for this has not been a West Ham team reshaped simply to survive. Expectancy levels are now somewhat higher given the financial investment.

Speaking immediately after the window closed DG was understandably buoyant hoping and believing that we are now finally on our way.

He explained – speaking exclusively to ClaretandHugh: “We have gone to the very limits. We have shown great ambition – it’s one of the best windows West Ham United Football club has ever achieved.”

With nine new faces through the door it’s the squad that Sam Allardyce has built to ensure we climb the league.

Gold said: “This is not a squad built to survive – we are looking upwards and I hope we can even be thinking in terms of Europe for our last season at the Boleyn.

In a perfect world ( does such a place exists ) the club would have loved to have brought in another but Gold explained that we have cover in Alex Song and Cheikhou Kouyate.

And he admitted that maybe we had an imbalance of midfielders but declared: “They will all be playing for a shirt and that’s got to be good once we get the injured players back.

“I’m an optimist and although the first results haven’t been great I believe we will now start moving forward. And of course come November we will have Andy Carroll back.

With players returning from injury the first big test of the new United comes against Hull who themselves have dramatically improved and deepened their squad.
Permalink

One comment on “Gold: “This is a squad to climb the league””