Posted by Sean Whetstone on September 13, 2021 in News, Whispers 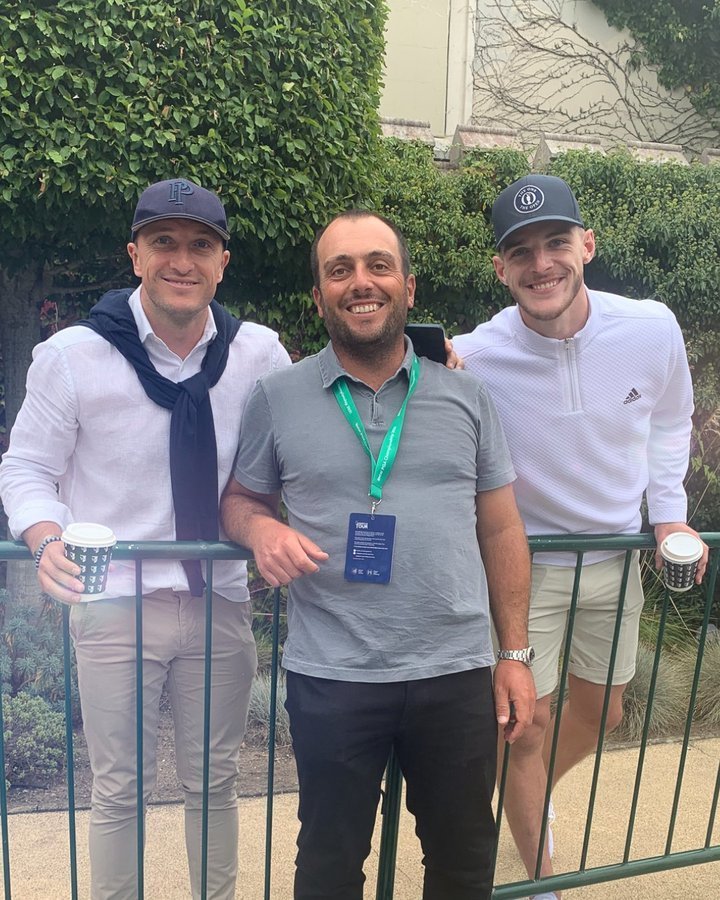 Hammers Mark Noble and Declan Rice met up with another professional golfer West Ham fan in the guise of Francesco Molinari.

The Hammers fan lifted the Claret Jug after winning the 2018 Open. Molinari hails from Turin in Italy and became the first Italian to ever win a major when he triumphed at the 2018 Open at Carnoustie.  The Ryder Cup-winning golfer Molinari feels the love of the West Ham family wherever in the world he is playing the game.

The Italian West Ham fan once teamed up with skipper  and amateur golfer Mark Noble at a Pro-Am tournament. He previously said: “

I started following West Ham when I moved to England in 2009. Gianfranco Zola was the manager and we’re quite good friends, so I started following him and getting to know more about the club. I just kept following them from there. At most of the tournaments you see Hammers fans. They’re everywhere so it’s nice to be part of the Hammers family.

“It was great to play with Mark. He hit some decent shots – it wasn’t easy with the breeze but the most important thing was to have a nice day. We had fun, it was nice to meet Mark for the first time. Obviously I’ve been following the Hammers for a few years now and it’s nice to meet a club legend like him.”

Nobes and Dec met up with the Italian golfer again in Wentworth Surrey as they followed around another West Ham fan as Billy Horschel won the BMW PGA championship on Sunday.

Molinari finished in join 35th place BMW PGA championship on -7 some 12 shots behind his fellow West Ham supporter Horschel on -19.