Government want to “get football up and running” asap 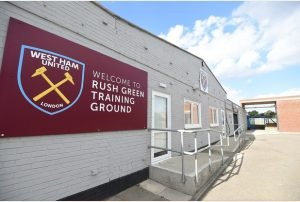 Parts of the The Hammers training ground re-opened today

The Premier League has today received the clearest signal yet from government that it wants the game back in action as quickly as is possible with June 9 the date now being regularly discussed.

It came in the form of a quote from the culture secretary Oliver Dowden who today told Parliament:  “I personally have been in talks with the Premier League with a view to getting football up and running as soon as possible in order to support the whole football community.

However, he added a significant add-on saying: “But, of course, any such moves would have to be consistent with public health guidance.”

A major issue of course is social distancing but with West Ham, Arsenal and Brighton re-opening part of their training grounds today it seems clubs are becoming more confident that the season will be played out.

In the case of football these are certain to include testing players for the virus before and after behind closed doors matches along with any others involved..

A meeting between the Digital, Culture, Media and Sport department representatives of Public Health England and executives from Britain’s biggest sports, including the Premier League, is due this week to discuss how sport could safely resume. It is understood that any medical and safety plans will have to be signed off by PHE and the government.

And Premier League chairman will hear at their next meeting on Friday just where the League bosses are with the plans.

Other sports are also set for a thumbs up if the conditions can be met with behind closed doors horse racing looking likely to get a go ahead with the sport’s ruling bodies having drawn up plans for races involving no more than 12 runners.

← Is a nasty little PL/broadcasters trade off on the horizon?
History made one year ago today →
Click Here for Comments >