An Erling Haaland-inspired Manchester City dominated West Ham and won 2-0 at the London Stadium on a baking Sunday afternoon.

The Hammers were roundly outplayed by Pep Guardiola’s champions, with the summer signing from Borussia Dortmund scoring both of their goals. 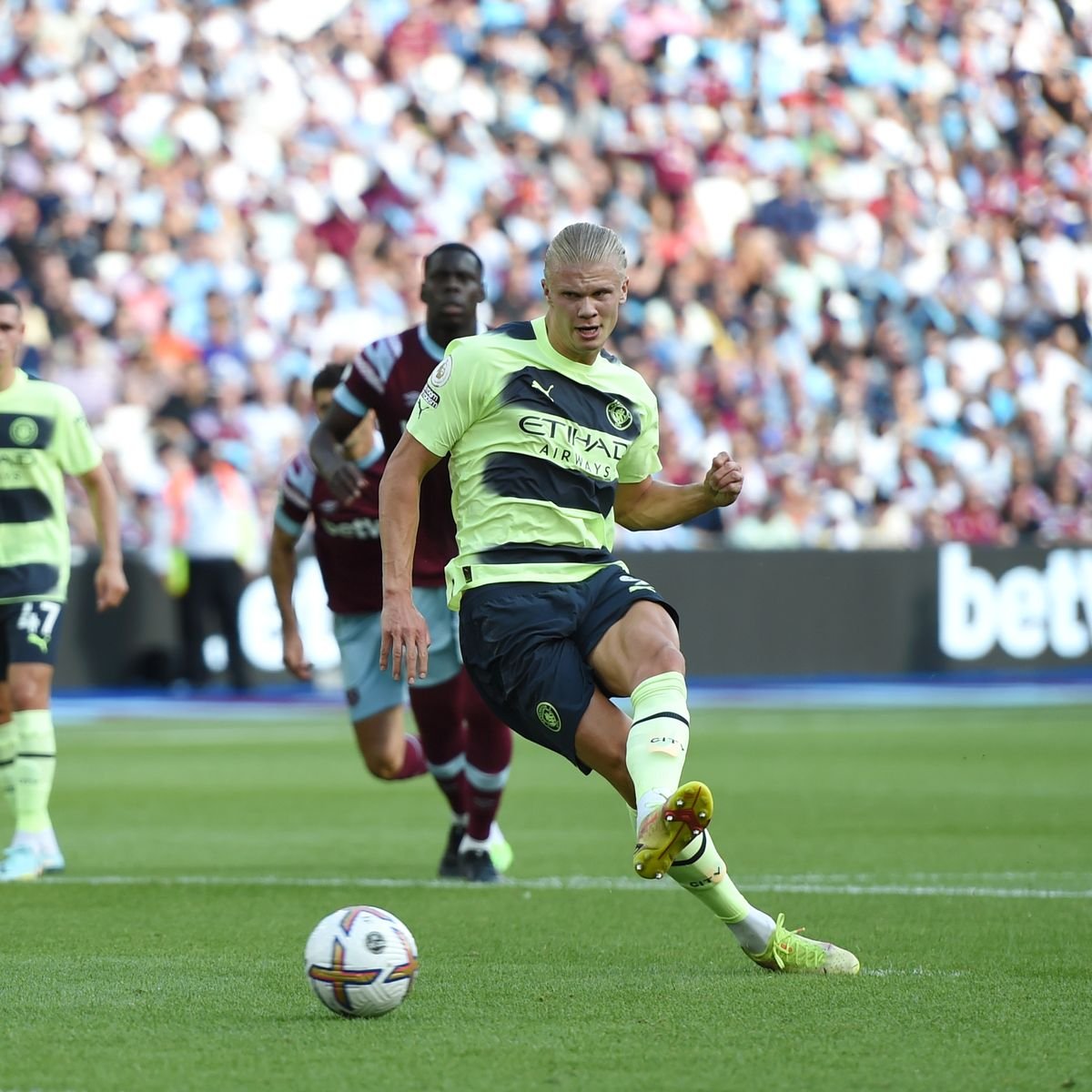 He first scored a penalty after being fouled by Alphonse Areola, who had replaced the injured Lukasz Fabianski, before he showed his pace and power by sprinting onto a Kevin De Bruyne through ball and finishing low into the bottom corner in the second half.

The game had a real lack of intensity throughout, largely due to the heat, which exceeded 30 degrees in east London.

But City did enough to get all three points and leaving David Moyes with something of a headache.

The Hammers only really had once chance in the first half, when Mikey Antonio won a header in the penalty area, but he sent it over the crossbar.

Fabianski was injured on the 25th minute, as he attempted to clear the ball but appeared to pull a muscle, and Areola was sent on; he would concede the penalty on 34 minutes.

There wasn’t really another chance in the first half until Jarrod Bowen won a free-kick in a dangerous right wing position on the stroke of half-time but his delivery was easily cleared.

The Irons created a couple of half-chances in the second half; Declan Rice blazed a shot over and a tame Said Benrahma effort was easily saved by Ederson, but they struggled to really assert themselves.

Haaland scored the second goal of the game on 64 minutes, galloping onto a brilliant De Bruyne through ball and finishing expertly.

The most interesting element of the second half saw Gianluca Scamacca subbed on in the 55th minute for Antonio, who may have tweaked something in the first half after jumping for a header, but he could not fashion a chance.

A tough day at the office.