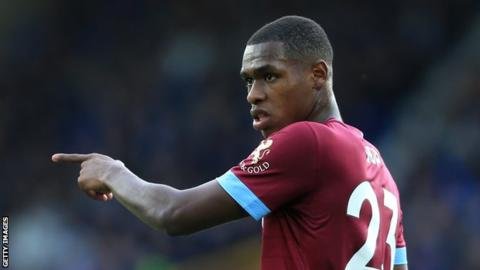 West Ham have no intention of selling Issa Diop to Arsenal or any other Premier League club should they remain in the Premier League.

Confidence is growing on two fronts that they will maintain their PL status either on the pitch or off it with the no relegation and  null and void options remaining on the agenda.

Most inside the club feel that the team was seriously hitting form before the break and  have winnable games that will see them safe anyway.

And with Diop having come back to his best form there has been regular speculation over the last few days that the Gunners are plotting a move for the French central defender .

However, just as was the case when there was apparent interest from Manchester United, there is no interest in accepting any offer for the 23 year old.

He carries a £60 million price tag minimum having been snapped up for £22 million and a club insider made the position clear to ClaretandHugh.

Speaking via e mail he said: “There is absolutely no future in selling our best players despite the growing hold in the finances created by the pandemic.

“We have no interest whatsoever in listening to offers for Issa.”