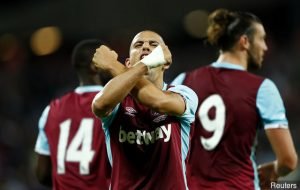 Former Hammer Sofiane Feghouli says money is not important to him and he left West Ham to compete to win things like league titles. He took a pay cut to move to Turkey.

Feghouli joined Galatasaray for a reported €5.5m deal after just one season with West Ham.

The Algerian told the French media “First of all it’s not about money. I had already been making good money in England. They had been paying me well, but I realised I needed to compete for titles, I just decided it’s time to leave. So it’s not about money, it’s for the titles.”

Adding “At West Ham, I realised I wasn’t happy for a while. I needed to find a project like Valencia to compete for trophies, and I think I found it.”